The month of Ramadan is a period of reflection, fasting or sawm, prayers, devotion, charity, and sacrifice. Each year Muslims spend the ninth month of the Islamic calendar observing a community-wide fast. This year in India, the pious month began on 2nd April. The month is divided into three parts of ten days with each phase called an “ashra”, which means ‘ten’ in Arabic. The first Ashra is over now which reflected the Mercy of Allah or Rehmah. The second phase or ashra will begin on Wednesday, 13th of April in India. The second ashra which is the mid ten days of the holy month of Ramadan is called the days of forgiveness or Maghfirat.  Ramadan 2022 in India: Start Date, Fasting Rules and Significance of Celebrating the Muslim Holy Month.

During the ashra of forgiveness, all the Muslims must ask for absolution for all their past sins, and wrong actions and seek peace blessings of Allah. Each ashra has its own dua; Likewise, the dua or prayer that one should recite for the mid-phase asks for forgiveness through supplication. The dua reads “I seek forgiveness from Allah for all my sins and turn to Him.” To commemorate the arrival of the mid-phase of the pious period of Ramazan, we have curated HD Images, WhatsApp SMS, greetings, messages, quotes in Hindi and English and sayings below. Ramadan 2022: From India to Indonesia, a Look at Ramzan Celebrations Across the World. 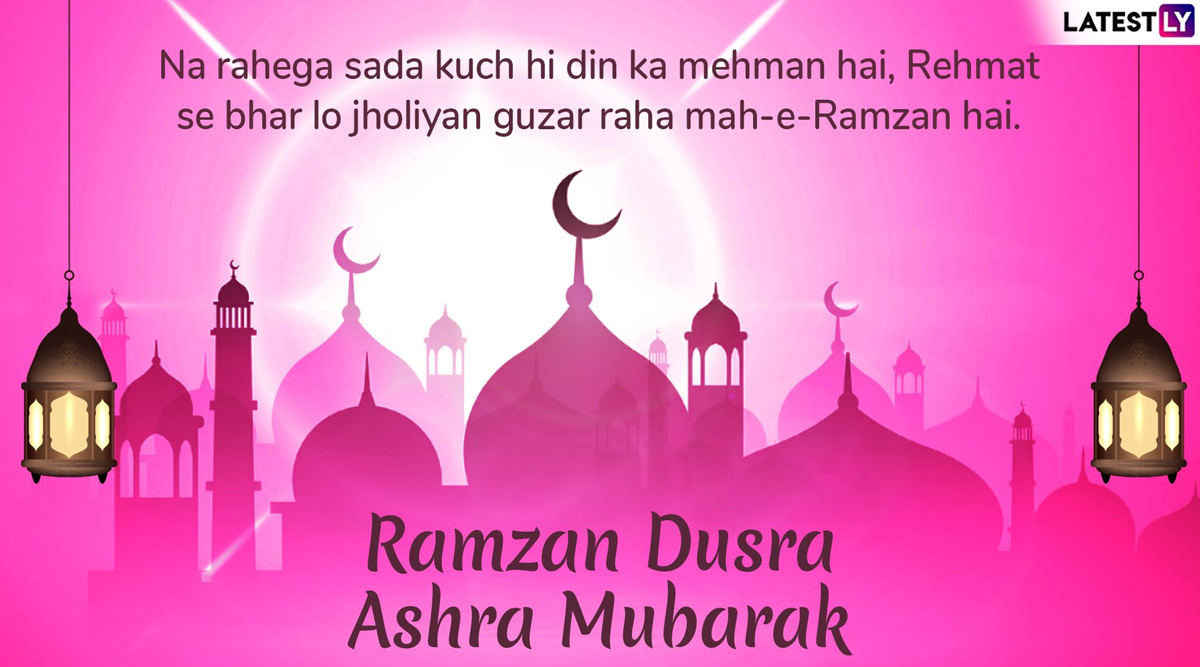 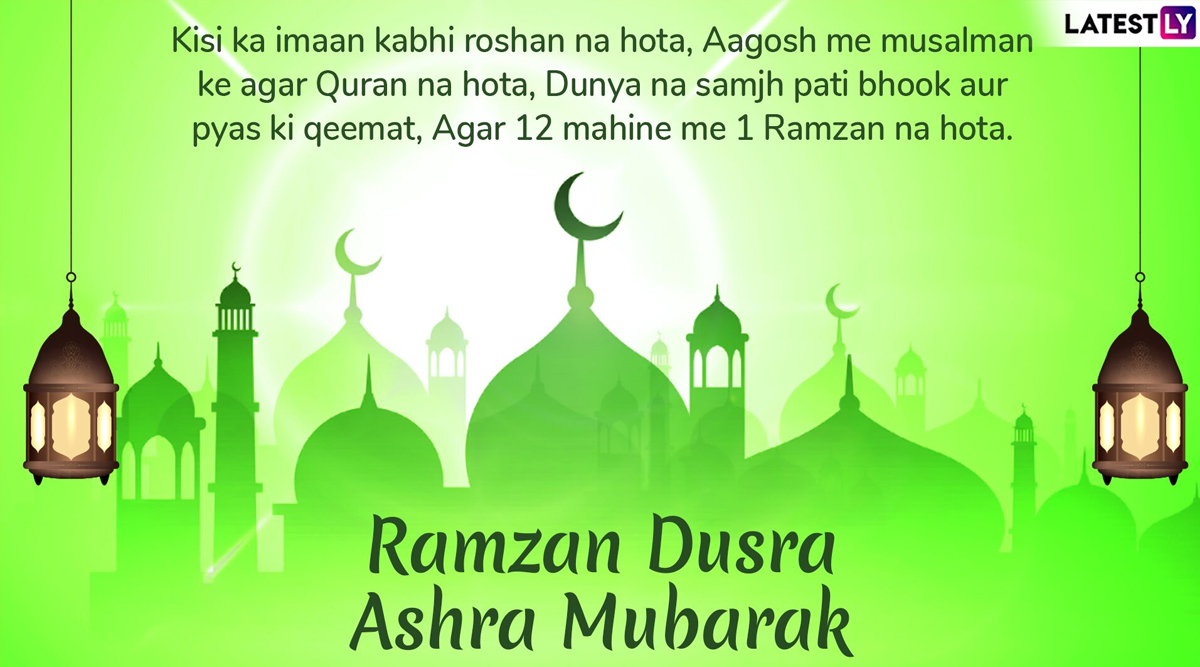 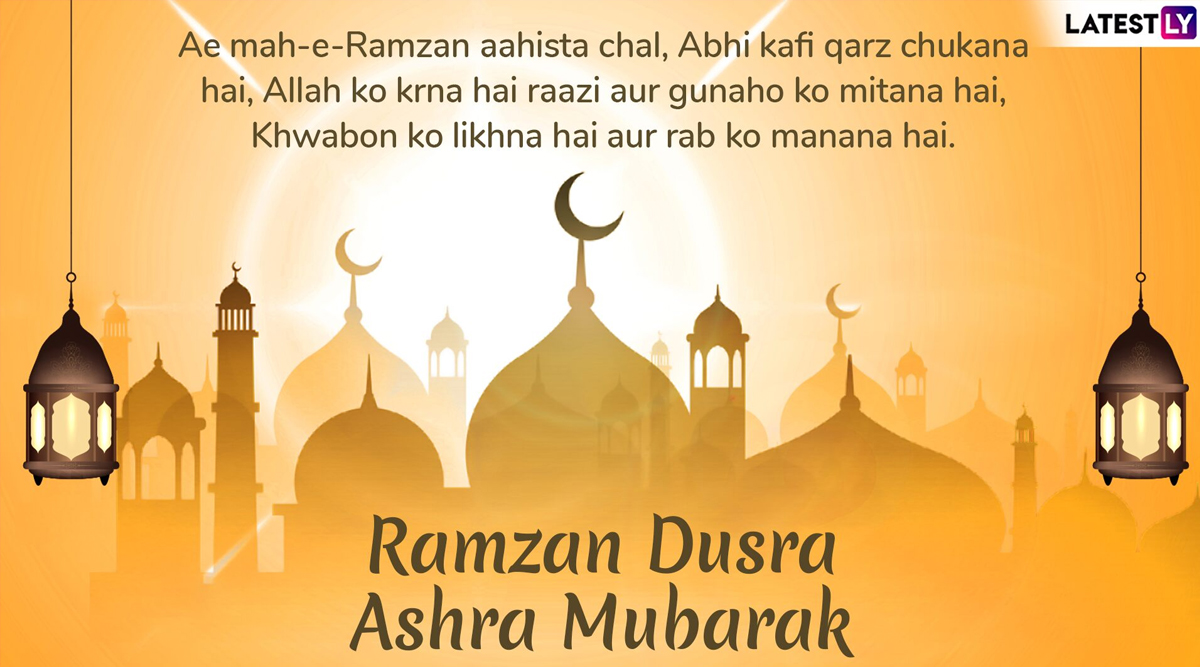 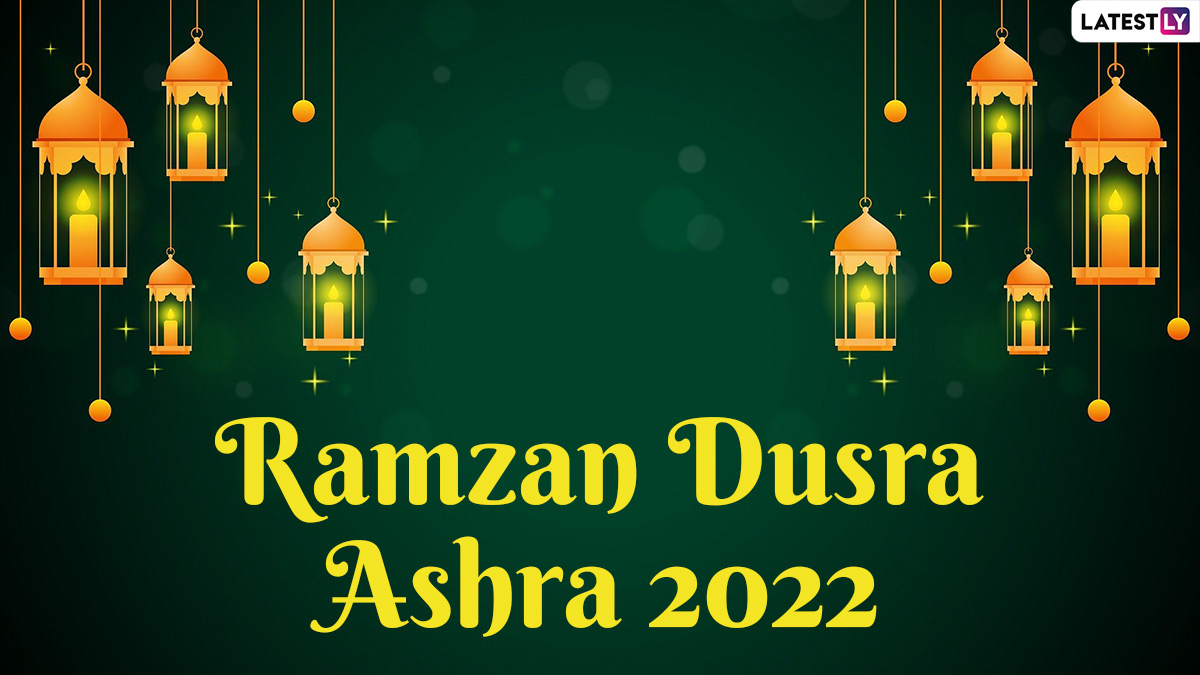 It is quoted in Islamic literature, that the Almighty Allah opens the doors of forgiveness for all accountable creatures in the second Ashra of the Holy Month Ramadhan. Every single human being should confess and must need to regret the sins they have committed in the past life, by reciting the dua and prayers.

(The above story first appeared on LatestLY on Apr 13, 2022 07:15 AM IST. For more news and updates on politics, world, sports, entertainment and lifestyle, log on to our website latestly.com).